Screening colonoscopy is indicated for the following:

Colonoscopy is usually performed under sedation on an outpatient basis. You will be given a laxative or enema preparation to clear your bowels before the procedure. Air will be pumped into the colon to expand it for better visibility. The colonoscope is inserted into the rectum and gently moved up the colon until it reaches the caecum (junction of small and large intestine). The colonoscope is then withdrawn slowly as the camera relays pictures of the colon and rectum lining onto a large screen for your doctor to view. Any polyps or growths detected by the colonoscope can be removed and sent to the lab for determining whether it is cancerous or not (biopsy).

Screening colonoscopy is a very sensitive test. However, some cancers, small polyps or non polypoid lesions may go unnoticed, and the procedure may be associated with the risk of bleeding, tearing or perforation of the colon lining, especially during polypectomy.

Esophageal cancer is a type of cancer that affects the esophagus, a tube that carries food from the mouth to the stomach. Cancer is the uncontrolled growth of abnormal cells. The accumulation of these extra cells forms a mass of tissue called tumor. According to the type of cells that are involved, esophageal cancers are classified as:

The exact cause of esophageal cancer is not known, however certain factors such as advancing age, gastro-esophageal reflux disease (GERD), obesity, Barrett’s esophagus, diet, smoking, alcohol, chemicals and pollutants may increase your risk of developing esophageal cancer.

In the early stages of esophageal cancer, you may have no symptoms. As the cancer grows you may have weight loss, difficulty swallowing (dysphagia), chest pain, fatigue, frequent choking, indigestion, coughing, and hoarseness.

Your doctor can often detect esophageal cancer by asking you several questions about the symptoms you are experiencing can be answered by performing a thorough physical examination. Certain tests may be ordered and could assist in determining the diagnosis and may include:

Esophageal cancer may be treated with chemotherapy, radiotherapy, and surgery. Surgery to remove the portion of your esophagus that contains the tumor and nearby lymph nodes is called esophagectomy. The remaining section of the esophagus is connected again to your stomach.

Capsule Endoscopy is a diagnostic tool helpful in taking pictures of the digestive tract including oesophagus, stomach and especially small intestine. Small intestine is a difficult area to reach through conventional endoscopy and other imaging tests as it lies between the stomach and large intestine. In video capsule endoscopy the patient swallows a capsule the size of a large vitamin pill. The capsule has a slippery coating making it easier to swallow. This capsule contains a camera, a bulb, battery and a transmitter. The camera takes thousands of pictures of the digestive tract during its passage through the digestive tract and transmits it to a recorder worn as a belt on the waist for about 24 hours to store the images. The doctor transfers these images of the recorder to a computer which converts them into a video. The capsule is passed out of the body with stool and can be flushed away.

The common diseases of the small intestine that are diagnosed through capsule endoscopy are:

It is a non-invasive and safe procedure. The only risk is that at times the capsule gets stuck in the digestive tract and doesn’t come out even after two weeks. This is not a serious risk. The doctor will wait for some more time for it to come out on its own but if it causes bowel obstruction it is taken out through conventional endoscopy or last resort is surgery.

Before the capsule endoscopy you are required to:

It is very important to follow your doctor’s instructions before and after the procedure otherwise the test may need to be repeated in case the images are not clear.

After swallowing the capsule

You are allowed to go home or to work but any strenuous activity should be avoided that day as it may hinder proper recording by the recorder.

Can drink clear fluids after 2 hours

Can have light lunch after 4 hours.

Your doctor may take few days to a week to analyze the video and would tell you the results of the test.

Colorectal cancer is one of the most common preventable cancers. The colon and rectum make up the large intestine, which absorbs water and some nutrients from digested food, and stores the solid waste till it is expelled from the body. A colon cancer screening is the process of looking for polyps and cancerous growths on the inner wall of the colon and rectum, when no gastrointestinal symptoms of disease are present. A polyp is a noncancerous growth in the colon. Some of these may become cancerous later. Early detection and removal of colorectal polyps and malignant tumors can prevent complications and death due to colon cancer.

The people at high risk of colon cancer are:

People should talk to their doctor about when to go for the screening and what tests to have. One or more of the following tests may be used for colon cancer screening:

Upper GI Endoscopy or Gastroscopy is a procedure performed to diagnose and in some cases, treat problems of the upper digestive system.

Upper GI endoscopy can be helpful in the evaluation or diagnosis of various problems, including difficult or painful swallowing, pain in the stomach or abdomen, and bleeding, ulcers, and tumors.

An upper GI endoscopy is both diagnostic and therapeutic. This means the test enables a diagnosis to be made upon which specific treatment can be given. If a bleeding site is identified, treatment can stop the bleeding, or if a polyp is found, it can be removed without a major operation. Other treatments can be given through the endoscope when necessary.

Upper GI endoscopy is usually performed on an outpatient basis. The endoscope is a long, thin, flexible tube with a tiny video camera and light on the end. By adjusting the various controls on the endoscope, the endoscopist can safely guide the instrument to carefully examine the inside lining of the upper digestive system. The high quality picture from the endoscope is shown on a TV monitor; it gives a clear, detailed view. In many cases, upper GI endoscopy is a more precise examination than X-ray studies.

Endoscopy is a diagnostic procedure used to diagnose diseases of the digestive tract. A long flexible optic fiber with a camera and a light source at the tip is inserted through the mouth. This transmits images to a television monitor which helps the gastroenterologist to view the digestive tract from inside. During endoscopy, if surgical tools are introduced through the endoscope for taking tissue samples or to treat certain diseases of the biliary and pancreatic ducts, the procedure is called interventional endoscopy.

The interventional endoscopy procedures are broadly classified into:

Endoscopic ultrasound utilizes endoscope and high frequency sound waves to diagnose the abnormalities in digestive tract. In this procedure, an echoendoscope, a special device that has an ultrasound probe on the tip, is used to obtain the images of internal organs of the digestive tract. It is used to take biopsy of the tumors, cysts or lymph nodes through a small needle in the endoscope (fine needle aspiration) and to give injection into the nerves of the celiac plexus using imaging, when narcotics cannot provide relief from intense pain in pancreatic cancer or chronic pancreatitis.

In endoscopic retrograde cholangiopancreatography (ERCP), once the endoscope reaches the papilla, the place where the pancreas and bile ducts meet, a thin tube will be inserted through the endoscope and a dye is injected into the ducts. X-ray images are taken to diagnose any problem related to the ducts. In case a problem is detected, the doctor may give treatment at the same time. It could be used for:

At AGHA Fresno, we help diagnose and manage IBD. Inflammatory bowel disease or IBD, with the two main types being ulcerative colitis and Crohn’s disease, is characterized by chronic inflammation in the digestive tract. For more information on how we can help you, please give us a call to set up an appointment.

Irritable bowel syndrome (IBS) is one of the common disorders of the large intestine. IBS symptoms can include stomach pain, diarrhea, stomach bloating, constipation and cramping. 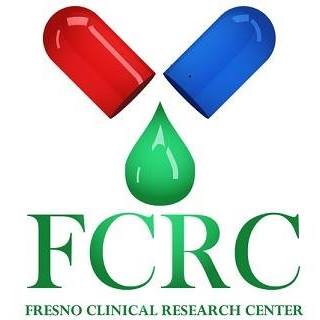 FCRC is a privately owned clinical research site that offers leading-edge phase 2 and phase 3 clinical trials particularly related to liver and other digestive diseases. The principal investigator has 18 years’ experience in conducting national and international clinical trials. Over years these clinical trials have benefited hundreds of deserving local valley patients by providing them with state-of-the-art novel treatment options that were otherwise non-existent in the entire Central California Valley.

At FCRC, there is an On-site FibroScan which is a a non-invasive bedside tool to assess liver fibrosis. A fibroscan is fast and pain-free, gives valuable information about your liver, and is safer than a liver biopsy. To learn more about the Fibroscan or how you can have this test done, please contact FCRC at (559) 712-6199.

For more information about Clinical Trials please visit FCRC's official website by clicking the link below. You will also find valuable information on FCRC's Facebook page. 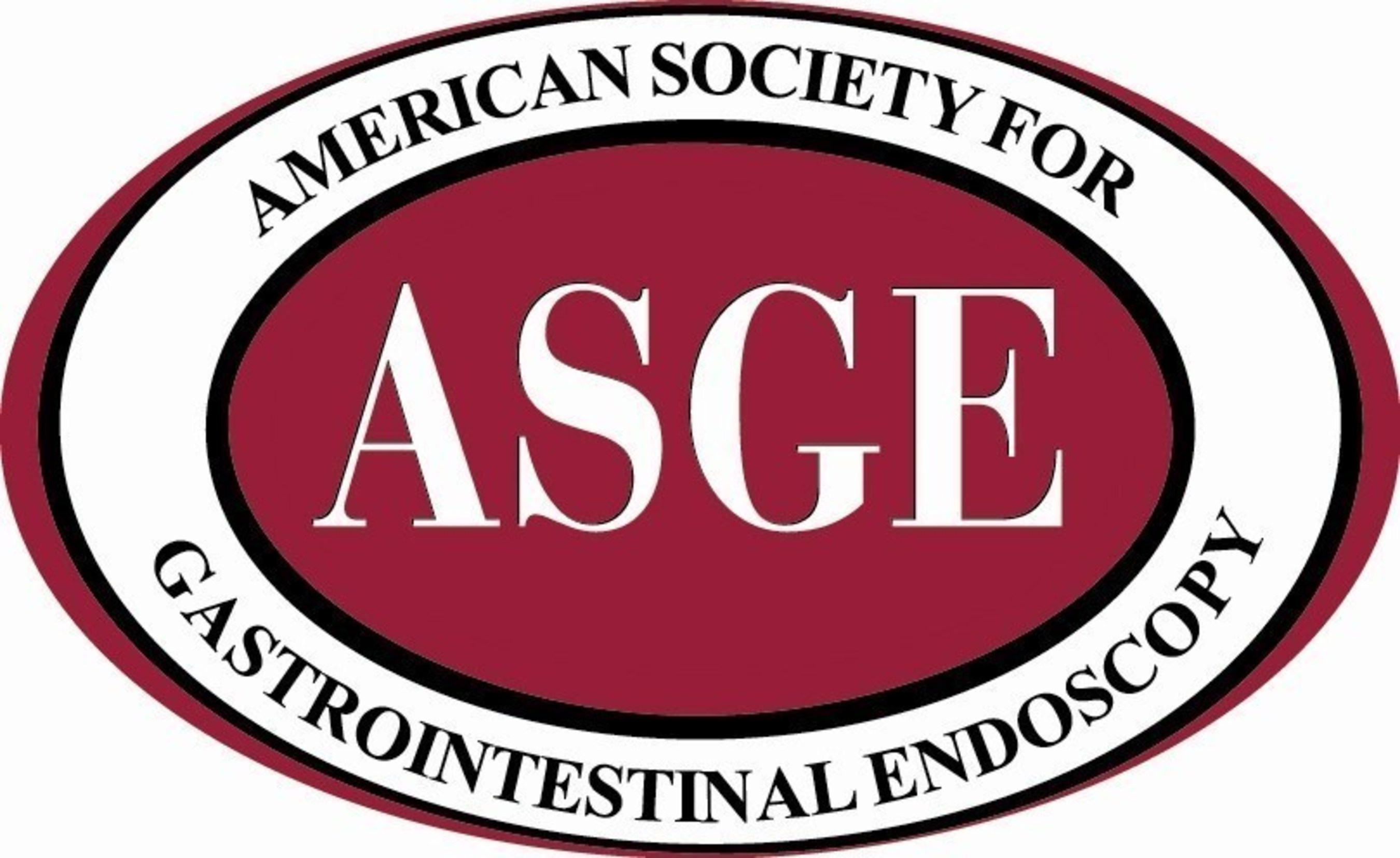